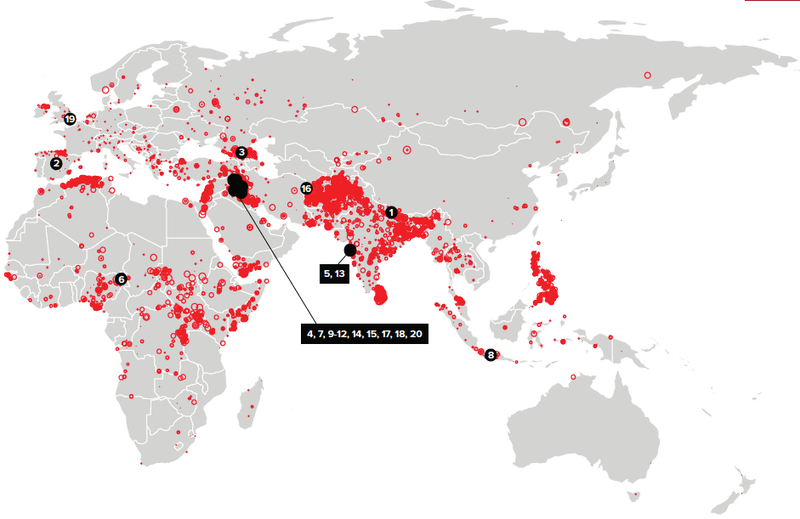 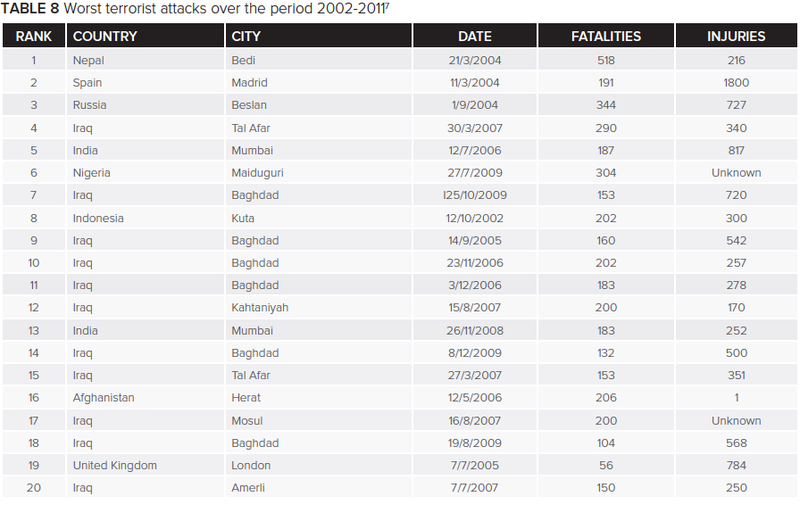 подробности в экономизде: OF THE 158 countries the Institute for Economics and Peace (IEP) cover in their inaugural global terrorism index (пдф  6+мб), only 31 have had no attacks in the ten years to 2011. Yet although attacks are distributed widely around the world, the majority are concentrated in just a handful of countries. Iraq ranks first based on a five-year weighted average of the number of incidents, deaths, injuries and estimated property damage. It has suffered from the most attacks, including 11 of the world's worst 20. Indeed, Iraqis comprised one third of deaths from terrorism between 2002 and 2011. But while the number of incidents there have climbed since 2007, deaths have actually declined. Other terrorist hotspots include Pakistan, Afghanistan and India. The worst attack over the period was in Nepal, where 518 people died and 216 were injured. If there is any small cause for comfort, it is that terrorist incidents have plateaued since their peak in 2008.
Collapse